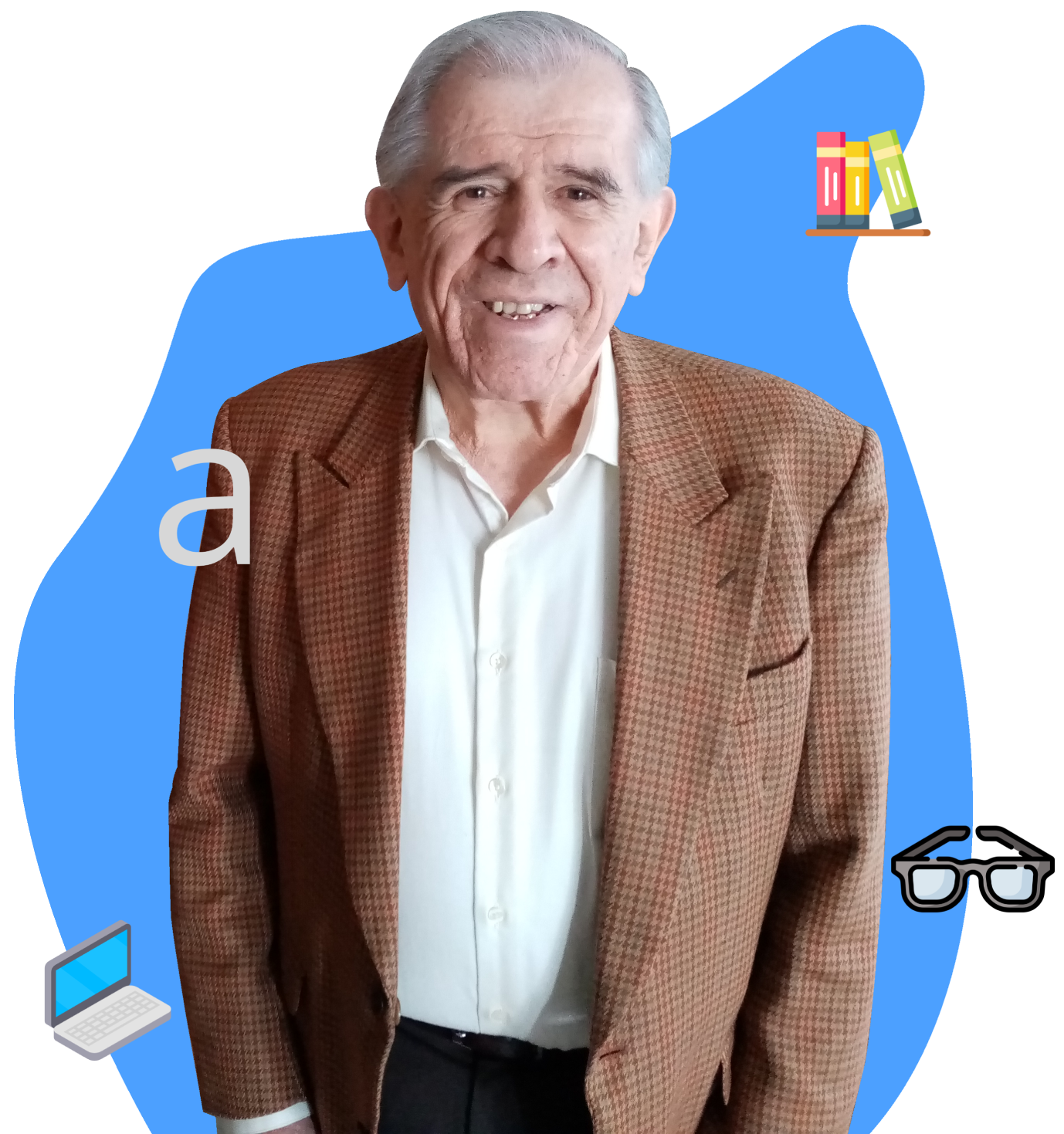 Ready to take your translations from “struggling to be good” to superb, clear and concise documents that read smoothly?

Get all the tools, strategies, and support material that you need to simplify and facilitate the translation process, so that you improve the quality of your translations while cutting down the turnaround time.

In this 9 week program, you will learn, practice, and incorporate the 9 strategies that marked a breakthrough in Richard’s career, making him a well known, highly respected professional in his area.

DO ANY OF THESE SOUND FAMILIAR?

Have you ever had an overall feeling of being stuck, not flowing, or not working smoothly when translating from Spanish into English, leading you to end up stressed and burned out?

Do you keep coming across sticking points that you just don’t know how to solve, causing you to fall behind schedule, leading you to having unmet deadlines and late working nights?

Have you ever ended up doing literal and clumsy translations when coming across parts of a translation that you just don’t know how to translate?

BUT WHAT IF YOU COULD…

...become so efficient with your work that you become a valuable asset to your clients, making you irrepleacable?

...simplify and facilitate the translation process, making it effortless so that you meet your deadlines consistently under high pressure situations?

...just "flow" like a well oiled machine when doing your translations, leading you to be more stress-relieved, enjoying your work more, having more free time for yourself, and turning those late working nights into a full night's sleep?

...increase the quality of your translations so much that you are confident in charging your clients on the higher end of the spectrum?

Picture at the top: ATA Annual Convention 2013, holding my dictionary

Picture at the bottom: One of the first versions of this course, 2007 (live seminar)

And becoming a professional translator way back in 1989 is something that completely defined the rest of my life.

My journey in language began when I moved to Mexico City to become an English as a second language teacher (ESL) where I taught at two prominent universities, as well as at companies and privately.

Through a series of events, the door to translation eventually opened when I was hired by the Mexican member firm of Arthur Andersen & Co.

When I first started translating, it was very messy. My clients would send me back the translations I did with dozens of corrections. I was very slow when translating.

Many times, I even felt like it was hard and tedious… I just had an overall feeling being stuck.

So, what was my breakthrough in my career?

Well, in 1997 I met someone that turned out to be the most influential person in my career. His name is Tom.

Tom taught me that the most important foundation, which any translator should have, is how to address the specific grammatical differences between Spanish and English.

Even though I had a strong grammar base, this was my breakthrough moment.

As I went learning these foundational grammar-based strategies, suddenly, everything started to click… I started to have my “AHA” moments. I finally understood how this whole thing works.

Not only did I go becoming more confident, but I became better and better with my work.

My turnaround time went down drastically, allowing me to handle high pressure situations and letting me spend more time with my family as well.

The quality of my translations increased dramatically, up to the point where I practically stopped getting corrections back from my clients. It was a snowball of good things that went getting bigger over time.

My work became so good and I became so reliable that I secured my spot for years with the most important accounting firms (Big Four and Second Tier).

In a nutshell, learning these strategies was a huge breakthrough in my career as a translator. It marked a before and an after very clearly. I am very excited about sharing them with you!

Honing Your Translation Skills (HYTS) is my 9-week specialized grammar training that aims to achieve two things: improve the quality of your translations and cut down your turnaround time.

Improving these two things will lead to one outcome: you will become a valuable asset to your clients by delivering rock-solid translations and meeting your deadlines consistently.

After incorporating these strategies, situations where the secretary, the lawyer, or the doctor try to substitute you and do the translations themselves will be unlikely.

Why? Because just being bilingual isn’t enough to do a good job.

You are a translator, a linguist… a professional specialized in his area. No one else will be able to do your work like you do.

This program is composed of 9 strategies that tackle the specific grammar differences that exist between English and Spanish.

These discrepancies cause friction, give you a sense of “being stuck”, and can lead to clumsy translations. This program focuses on solving those grammatical differences.

How This Program Will Help You Succeed

I have over 30 years of experience, thus I have seen it all. I know all the “ins and outs”. I know all the nuances, and I also know the common mistakes that translators often make. I have the honor of being your instructor!

You will learn 9 grammar-based strategies that will help you reduce your turnaround time while increasing the quality of your translations.

You will get infographics and support material in each module that will help you grasp what you go learning. They will also help you have the information readily available in case you need to revisit something after you complete the program.

One of the main objectives of this program is for you to internalize each strategy and incorporate them into your regular translations. The homework segments will ensure that you get the most benefit from this course.

Every single one of the homework exercises has a detailed explanation video that will ensure that you grasp each concept. You will also learn the nunances in more complex sentences.

You will have access to our facebook community where I will be answering any questions you have. This is also a great opportunity to connect with other translators.

Get lifetime access to all lessons. You will also have access to any updates there are at no cost.

For Any Area Of Specialty

Whether you specialize in pharmaceutical, engineering, legal, finance or any area of technical translation, this course is for you. It’s also made for generic translators.

From Spanish Into English

This course is made for translators who go from Spanish into English.

For All Regional Language Variations

This course applies to any regional language variation, whether it is Spanish from Mexico, Argentina, Colombia, Spain, or any other, and English from the US, UK, Australia or any other.

By the end of this course, you will have rock-solid translations. Situations where the secretary, the lawyer, or the doctor try to substitute you and do the translations themselves will be unlikely because just being bilingual isn’t enough to do a good job. You are a translator, a linguist… a professional specialized in his area. No one else can do your work like you do.

You will cut down your turnaround time up to the point where you will be able to handle situations where several jobs pile up at the same time, or when a customer wants a job overnight.

Simplify and facilitate the translation process, making it effortless

Get my newly created and unique Conversion Tools that will give you a proven, easy to follow grammar based system that takes you step-by-step through the translation process. It’s grammar made scientific!

Never feel "stuck" again. Have a sense of making progress... you will just "flow"

Get the 9 strategies that will help you translate quicker and smoother so that you don’t have an overall feeling of being “stuck”. You will just “flow” when you are working.

You will get infographics and support material that will give you all the condensed information of each module and strategy so that you can have it readily available whenever you need it.

You will get homework with detailed explanations of each exercise by Richard that will allow you to internalize each strategy so that you can incorporate it into your translation style easily. Thus, you will start seeing noticeable results quickly.

ASSIGNING A TASK TO BE DONE

KEEPING AN IDEA CLEAR AND SIMPLE

What regional language variation is the course based on?

Will you use examples from my area of specialty?

All the examples and all of the exercises will be within the context of finance. The reason for this is because this is my area of expertise, and this is where I found the best examples to share with you. One very important aspect of this course is that you get to see and understand how some of these grammar strategies are applied in very complex sentences.

You will not have to worry about technical terminology; it will be given to you. The focus of this course is 100% grammar.

If you don’t translate financial documents, this will be a great opportunity to get out of your comfort zone. This will challenge you, but once you go back to your area (IT, medicine, architecture, law, or whatever it may be), it will be very easy for you to apply what you have learned.

Will I get a certificate when I finish the course?

You will be given a digital certificate with your name on it upon completion of the course.

Will I have access to the full course upon purchase?

The course will be dripped to you throughout the 9 weeks. Each week, one new strategy will become available.

I’m confident that this won’t be the case. That said, you can have peace of mind knowing that you have a 30 Day Money-Back Guarantee. 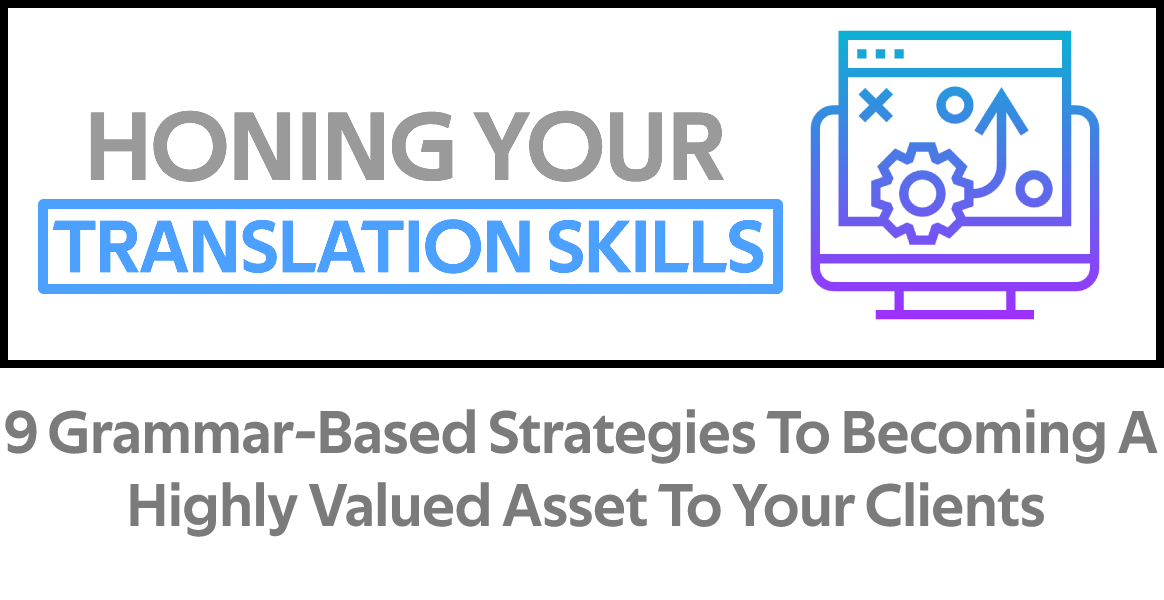 R
9 grammar-based strategies that will help you become a valuable asset to your clients by increasing the quality of your translations and cutting down your turnaround time.
R
Over 44 videos of in-depth strategies that will take your translation skills to the next level.
R
Over 109 videos of detailed explanations for each homework excercise that will help you grasp each concept to the core so that you internalize and incorporate each strategy.
R
Support material that will help you grasp what you go learning. It will also help you have the information readily available in case you need to revisit something after you complete the program.
R
Homework segments in each module where you will be able to practice and internalize each strategy.
R
Private Facebook group where Richard will be answering all of your questions. You will also connect with other translators.
ONE-TIME PAYMENT OF
$497
ENROLL NOW
OR
4 PAYMENTS OF
$149
ENROLL NOW 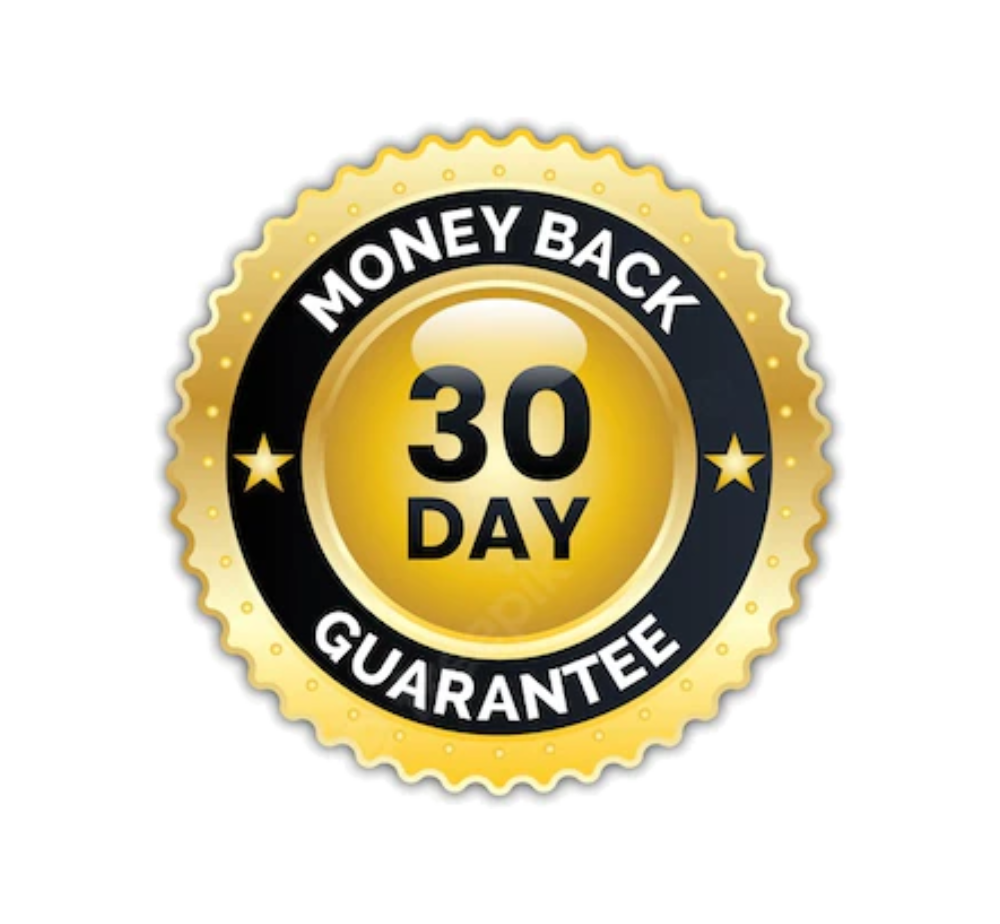 At RJC Translations, we stand by our clients and our customers. If you are not satisfied in any way with this training in the first 30 days, we will refund you 100% of your purchase.